Albert Einstein once said, “If an idea does not appear absurd at first, it is good for nothing.”

# The NEW, unofficial record for a TEAM – Time Trial was taken by the team CAROCAP. 5 pro-cyclists needet 37,5 days from cairo to capetown. 3 of them finished the race 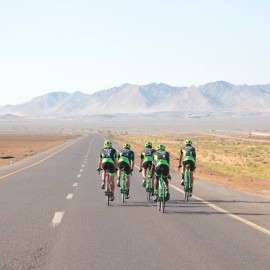 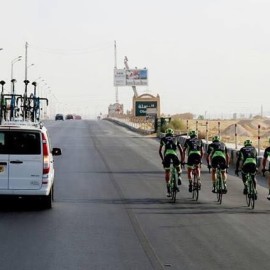 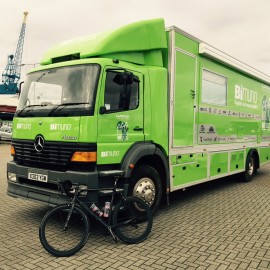 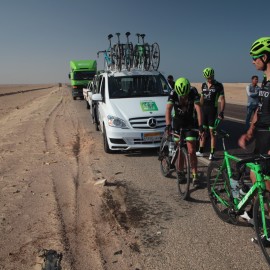 # Tour d’Afrique Cairo to Cape (100 stages – 20 days of resting – all in all 120 days) is one of the longest bicycle races and expeditions in the world. It is organised by TDA Global Cycling, a Canadian company based in Toronto. It runs each year from January to May, from Cairo to Cape Town 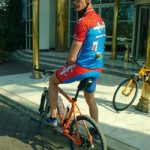 Having this statement in mind, you will understand Michael Strasser’s plan. It is about Africa, a continent full of adventures and stories. A place with both a freakish attitude and an intriguing aura. That is where the idea was born and the preparation marathon started two years ago.

On 29th January 2016 Michael Strasser will take off with a 20 year old Toyota bus (almost old timer style) and a small support team of two members to face his adventure. There is no doubt about the mission: let’s crack the current world record for “Fastest bicycle tour – from Cairo to Capetown”.
Only a short time ago this world record was defined by an international sports team, with highly equipped support und 5 pro-cycling athletes. Michael Strasser has a different plan and will take on the challenge alone on his bike – SOLO it is.
On the way from north to south he must cross the 10th biggest lake of the world. (no other route-option) As passionate triathlete he will swim – 10 km. If so, he will be the first human being crossing the continent with muscular power and mental strength in the shortest time. One problem – there are some crocodiles and hippos.

Next to his world record target the project follows the purpose to collect as much as possible financial support to sponsor the Charity Outdoor Kids Camp 2016.