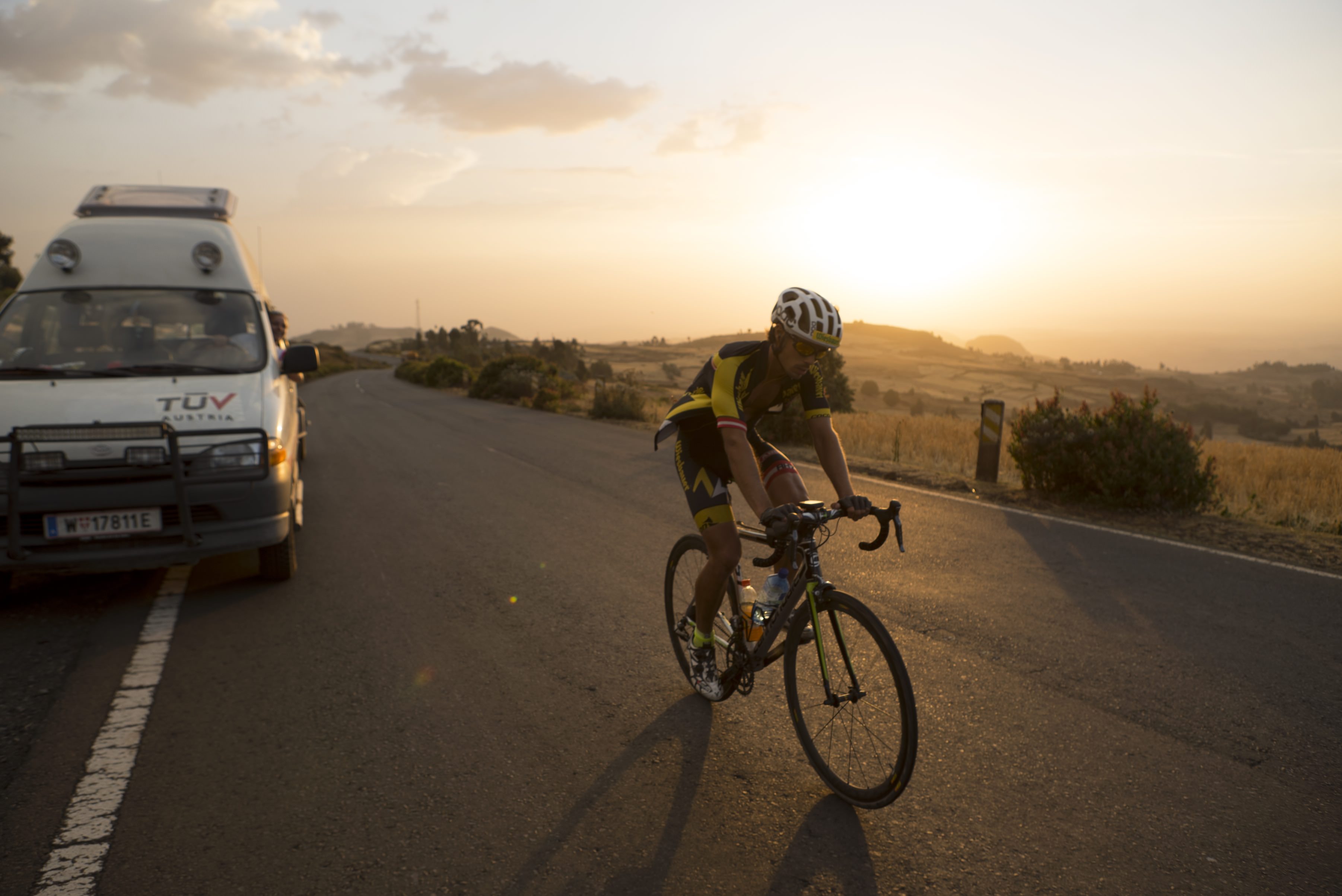 Michael Strasser has already finished 4,500 kilometers and is still on track to beat the world record. After getting through Ethiopia, he is now pedaling through Kenya.

Vienna / Lower Austria / Burgenland / Africa. Michal Strasser started his world record chase on 30th January this year and is still fighting more than 15 hours a day on his bike to proceed in time. After crossing Egypt and Sudan, he was confronted with steep mountain stages in Ethiopia, which is probably better known for its delicious good morning coffee beans. His earlier training in the Austrian Alps was paying off very well. 47 midday degrees are much different to the climate in middle Europe though. Until now Michael Strasser has covered 270 kilometers at 4,000 meters altitude on average per day – an extraordinary challenge, which makes it almost impossible to proceed at a high pace.

Still two days ahead of schedule

The progress of his project is quite impressive. Michael Strasser is still two days ahead of the current world record. “I keep on riding; the rest is being organized by my crew members Ingrid Kiselka and Christoph Wisser.”, he emphasizes.
Even with their support the race was in danger to be continued. As if cycling, high temperature and bad road conditions were not enough, they also had to start with malaria prophylaxis. Apparently Michael Strasser had troubles digesting this drug and suffered from a heat stroke. The entire team had to take a rest for half a day in order to recover. “We had to take care of Michael’s body balance and bloodstream to prevent long-term damage”, his doctor Ingrid reported deeply concerned.
It has been a big physical and mental challenge so far. Aside of the positive feedback and experience within the race, there are negative side effects as well. “Local people tend to think we are an aid organization and we constantly face demand for food and money along the road. Moreover, when my escort vehicle is not with me, children throw stones at me or try to hit me with sticks”, Michael Strasser reveals the security risk. Such situations are nerve-racking for the whole team. Being confronted with both poverty and aggression at the same time is rather exhausting.

The safety situation will be even more strained in Kenya. “We refilled our water and food supply in Ethiopia’s capital Addis Abeba to buy time while travelling through Kenya”, the caretakers mention. Apart from that they will stay in hotels in Kenya, their fourth country to cross, for security reasons. Due to poor security level and political instability sleeping in the car is not an option. Michael Strasser is now facing 1,800 meter on altitude per day to conquer Mount Kenya, Africa’s second highest mountain. 950 kilometers within three days are scheduled for the Kenya trip. Currently Michael Strasser has already finished 4,300 kilometers (or even more while reading this), which is more than a third of his world record chase. “I am highly motivated by hearing and feeling the number 4,300 kilometers. I hope I’ll be able keeping my level of power”, the challenger says. 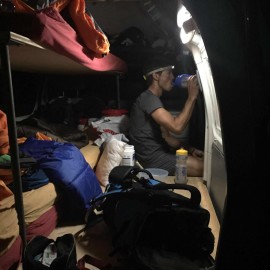 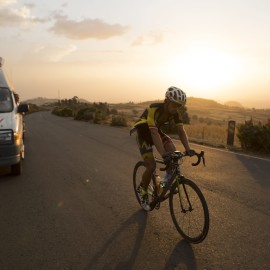 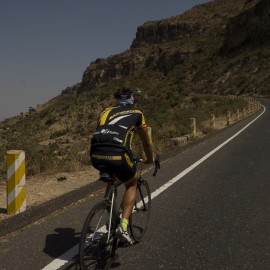 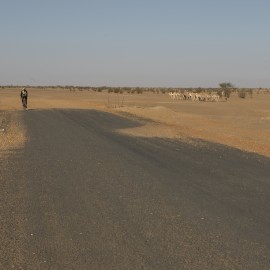