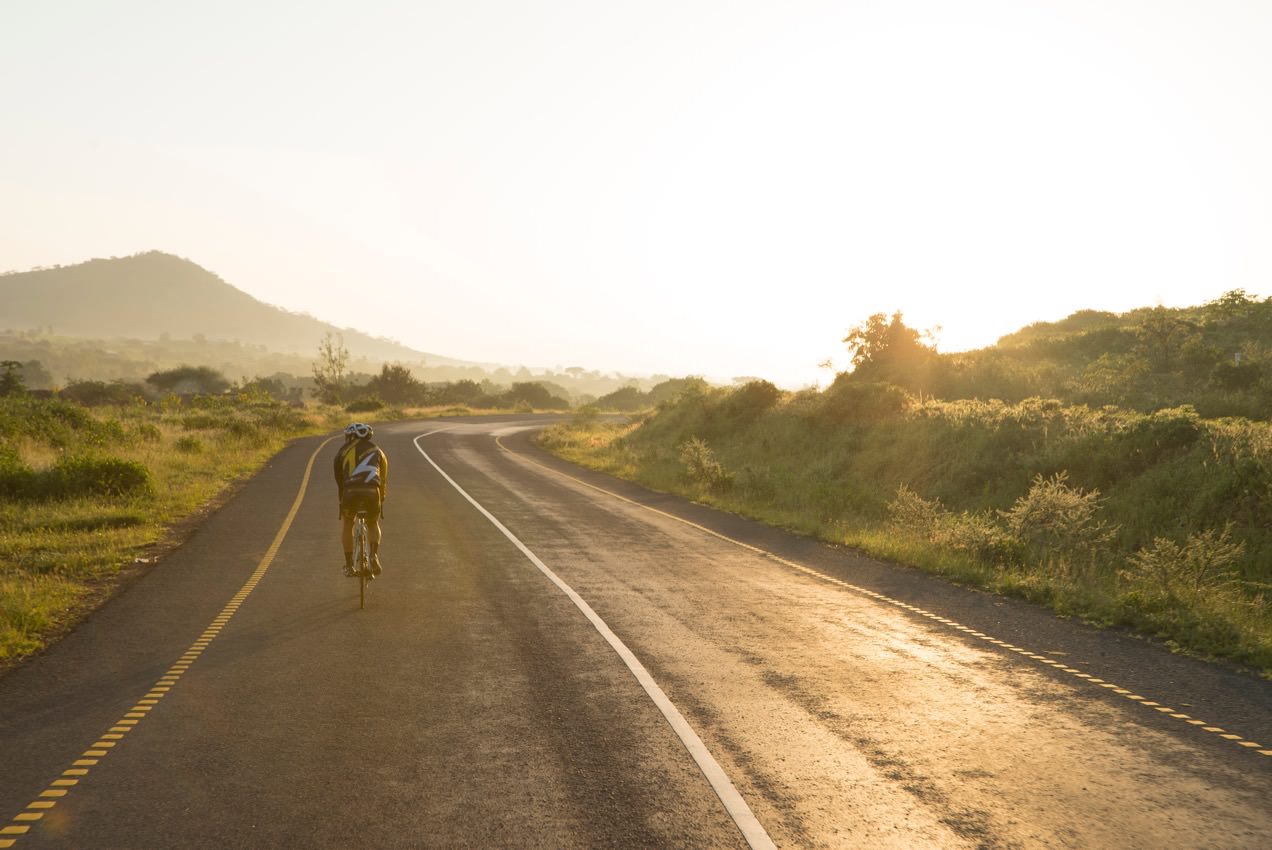 Michael Strasser is crossing Botswana the 7th country on his racing journey through Africa. Within the next few days he will be rolling through South Africa.

Vienna / Lower Austria / Burgenland / Africa. Michael Strasser is more than a month on the road. On his 29th racing day he crossed the 8,800 kilometer mark at 9 pm (27th February). “I am quite happy about my riding and our progress so far. If we can keep on rolling around 300 kilometers per day, we will be able to catch the world record.” Michael Strasser announced. On Sunday 30th February he finished 9,000 kilometers. Still, the side effects of being on the bike for more than four weeks cannot be ignored. “It’s all about the lack of sleep and rest, never-changing menus, the constant pain on my bum and anywhere else in my body. It takes a lot to climb back on my bike every morning.”, Michael Strasser honestly reports. “It is still a fucking long way south.” 2,100 kilometers are left to reach the Cape of Good Hope and the clock keeps ticking.

Michael Strasser is already a rock star on the bike. Taking into consideration that the current world record holders finished the race within 38 days being a team of five cyclists, it is impressive that Michael Strasser is fighting solo. Besides that the professional Carocap cycling team was perfectly equipped and continuously accompanied by an escort truck with a large supportive team. Moreover Michael Strasser’s challenge has a longer distance. The origin thought of his race is based on the plan to cross Africa from the very north (Alexandria) to the very south (Cape of Good Hope). Hence there are 400 kilometers on top on his race schedule. Michael Strasser is facing more kilometers and less time.

In Botswana the Big Fives escorted Michael Strasser: elephants, water buffalos, lions, rhinos and leopards are happy residents of wildlife sanctuaries. The successful surviving strategy was inner and outer calmness and not let any animal feel the fear. 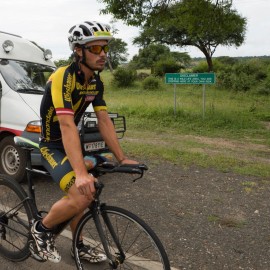 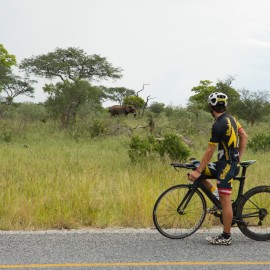 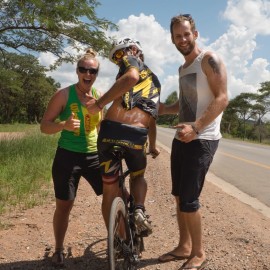 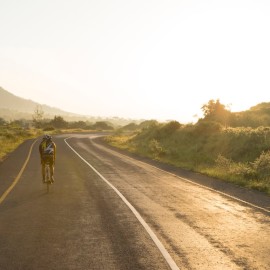