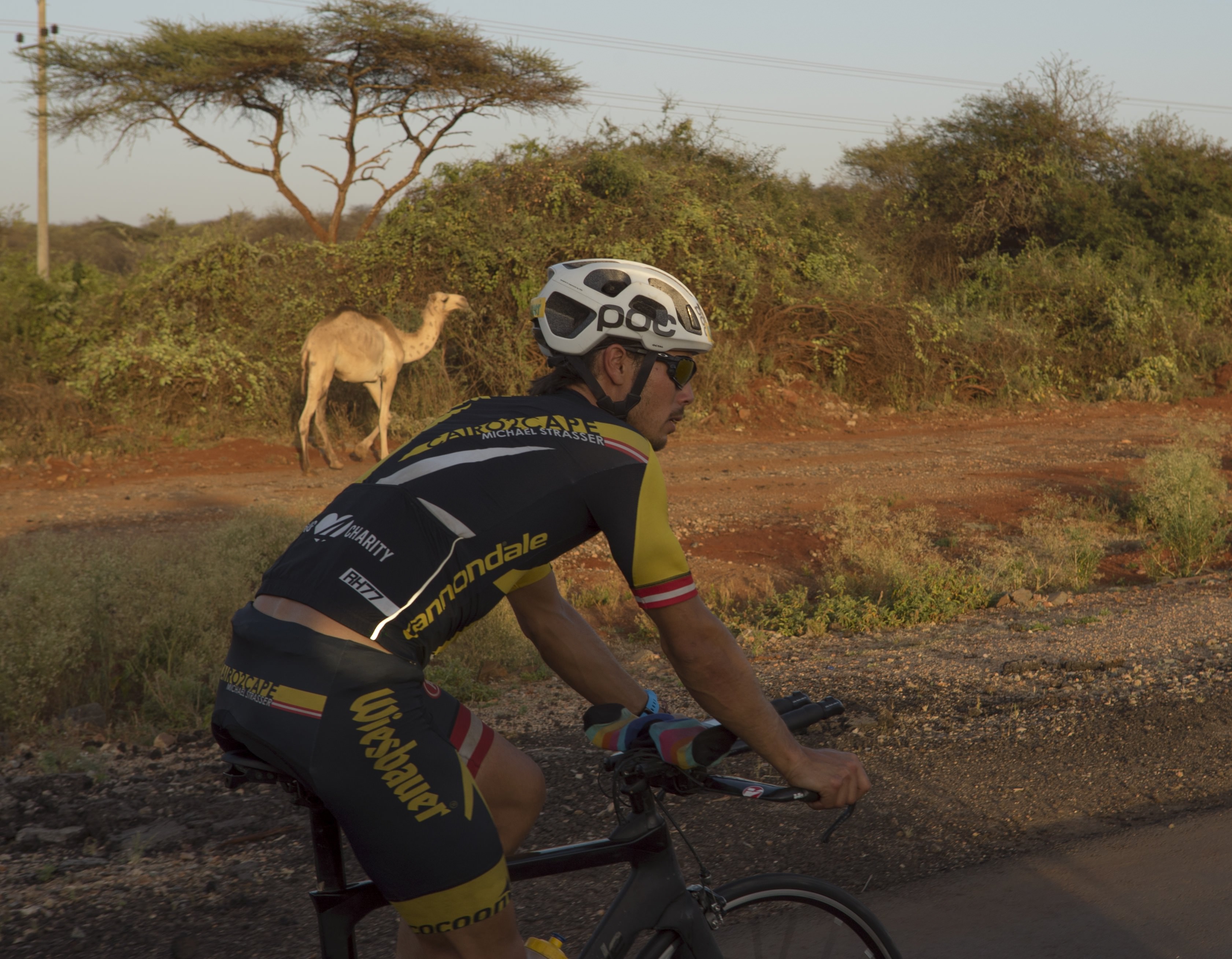 Michaelis Strasser has finished half of his world record bid to conquer Africa from Cairo to Cape Town within 38 days. He is now crossing Tanzania and is still on the run for the world record.

“We have been following Michael half way through Africa now and watching him, we get the feeling that his will is still growing stronger from day to day.”, Ingrid Kiselka and Chris Wisser admit. Imagining that Michael is on his bike 300 – 400 kilometers per day for more than three weeks now, he already deserves highest respect. Certainly there are physical and mental side effects. “Pain is my constant companion. Still, I keep on rolling, because I know the current record holders increased the pace in the southern parts of Africa. ”, Michael Strasser states. He is not relying on the 2,5 days lead which he has already gained. After more than 6,000 kilometers he is now crossing his 5th country Tanzania.

After a dry and sunny period of 19 days the weather changed completely. It was raining cats and dogs and the team had to take a detour of 150 km. The bad weather also revealed weaknesses of the escort car – it leaks! “Drying the wet clothes was impossible. We have had nicer mornings so far.” Michael Strasser explains.

It has to be positively noted that in Kenya there were no dangerous situations or problems with the local officials. One is even reminded of the green Austrian countryside while crossing Africa. They passed the equator in the middle of Kenya heading towards Zambia. Zambia is also said to be a relatively safe place, which allows them to cycle the night through. All in the sake of finishing longer distances. 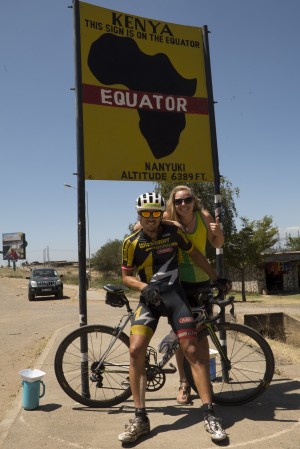 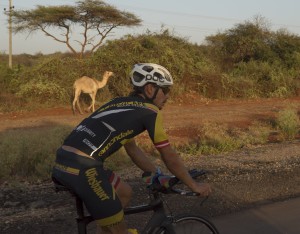