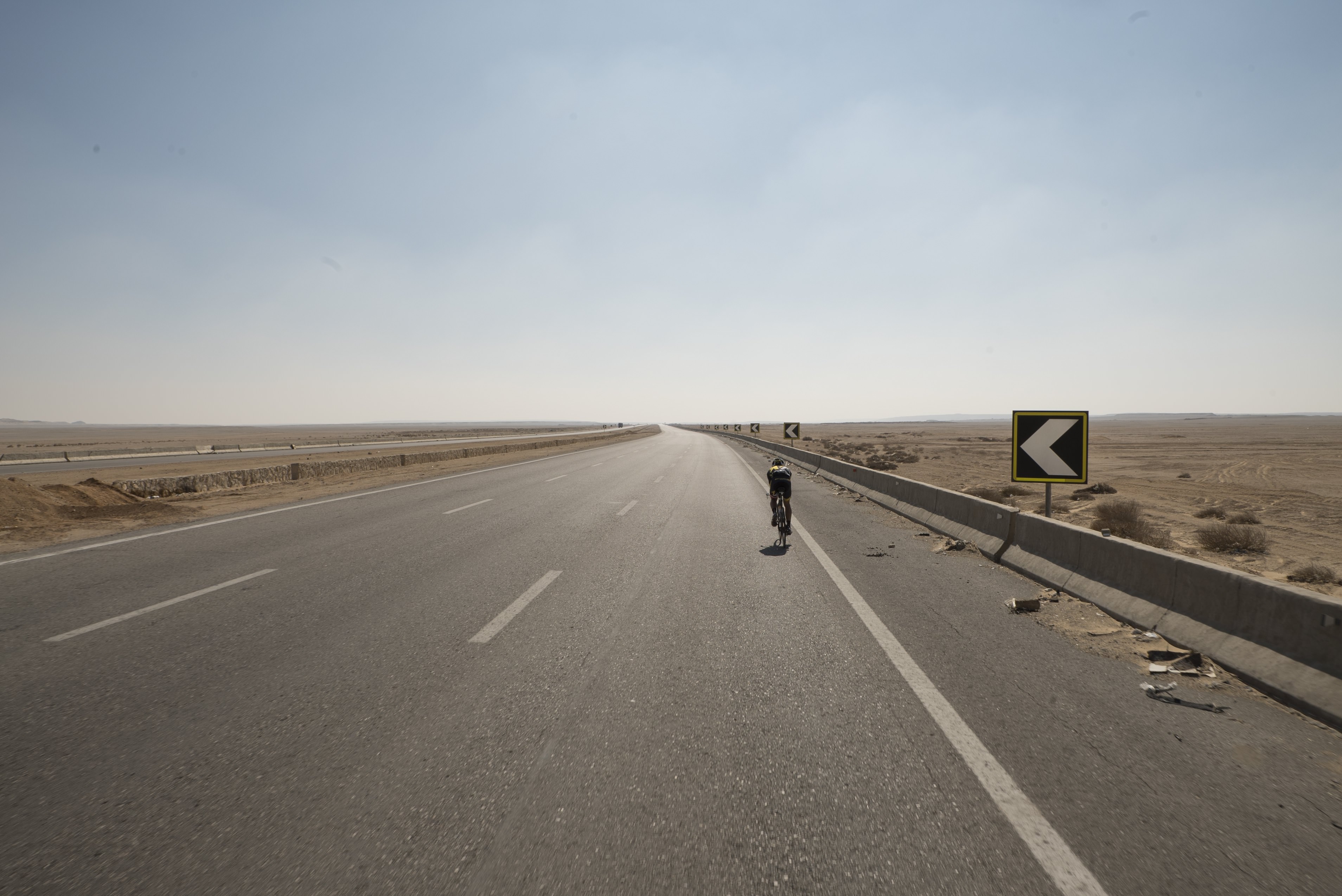 Michael Strasser is riding his bike more than 18 hours each day fighting difficult road conditions, gusty winds and the heat of the African savannah.

Vienna / Lower Austria / Burgenland / Africa. Everybody knew the challenge to beat the world record would be strenuous. The race started more than a week ago and Michael Strasser courageously cycled through Egypt and Sudan. “The corrugations of the road surface make it almost impossible to proceed in speed. I have to slow down und accelerate repeatedly”, says Michael Strasser describing the circumstances during a short break in Sudan. Moreover, he is battling against a constant companion, strong headwinds. But his focus is on the target to finish faster than the current record holder (38 days). On the 7th race day he had already completed 2,367 kilometers (5th February, 8 pm) of his 11,500 km. In order to keep up with this pace and to withstand the huge physical struggle, he has to consume at least 15,000 calories per day. His daily menu consists of salted rice and ketchup, not a tidbit but a very efficient energy booster and easy to digest.

Being 2 days ahead of the current world record is definitely good news, taking into consideration that Michael Strasser on his solo bike tour is only being supported by an “old-school” escort vehicle and two brave team mates. “My support team is awesome! They take care of me 24/7. Lucky me!”, The challenge is not only accompanying him by car, making sure the path in front holds no surprising obstacles and at the same time being with him to support with nutrition. It is also about encouragement, massaging tired muscles, safety and commonly pursuing the one and only target.

Crossing the Aswan Dam by ferry

The initial plan was to swim through the Aswan Dam or at least use a canoe in order to get to the opposite shore by only using muscular strength. Despite negotiations with the local military, there was no possibility to stick to this plan. Safety first. Due to a massive crocodile and hippo population the military did not allow going into the water. This might have been frustrating news in first place but Michael Strasser is continuing his journey on a positive mind. The former world record chasers did also take the ferry. The game is still on!
At the moment Michael Strasser is heading towards Ethiopia. The border can only be crossed during the weekdays because the checkpoint is closed on weekends (Happy weekend, everybody!). Most likely Michael Strasser will use his mountain bike almost exclusively under this back country conditions. The mountainous surrounding will not accept the racing bike equipment.

Until now people have been welcoming Michael Strasser and his team in Egypt and Sudan with great astonishment and positive thoughts. “The local people appreciate having us there. Many times we hear them cheering from the roadside “Nemsa (Arabic for Austrians) people are good people.” That’s really awesome!”, Michael Strasser happily reports about the positive feedback on the road. In Austria the social media resonance is also supporting him with great pleasure. It is one of the daily routines for his team to read him the posts and comments when he is on the bike so he will keep his concentration up and at the same time receive motivation from his followers at home. 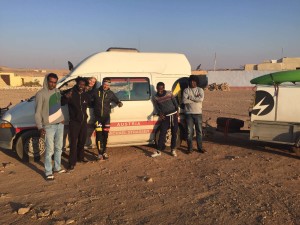 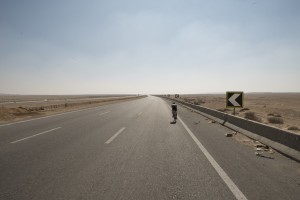